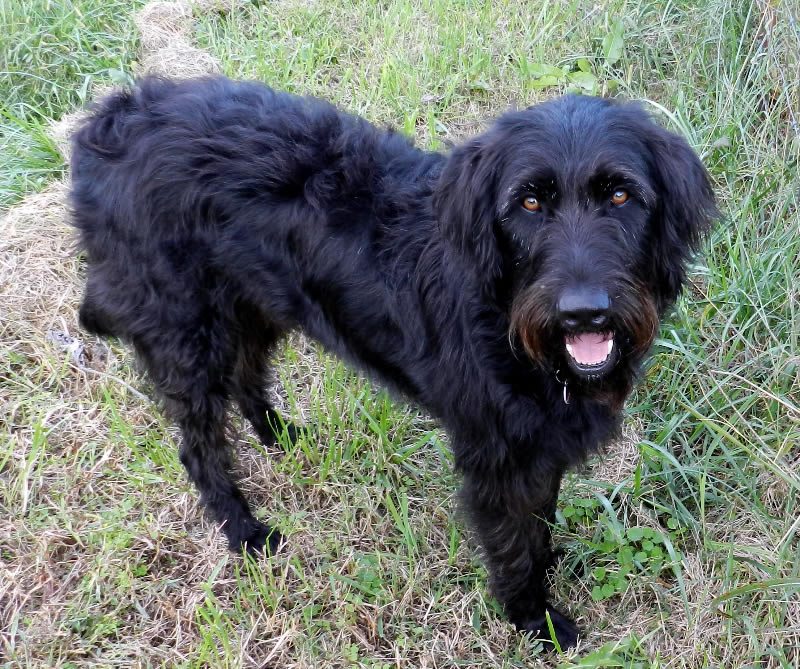 We Said Goodbye to Hoodlum Today

He was a rescue. He had been abandoned along Alabama Highway 65 in 2012. We checked for chips and put up posters, but no one claimed him.  After he tore the satellite off of the side of the house, I could see why they turned him loose.  Because it seemed to fit that kind of behavior, we named him “Hoodlum.” (Reference for the kids: Search “Yakety-Yak: Don’t talk back”)

Our friend with experience with showing dogs suggested he might be a “wire-haired Griffon.” There were enough bird-dog instincts in him that it took a while for me to get him to just herd the chickens, but not bring me one.

He was smart enough to open a door and vibrantly enthusiastic in his answer to the question “Do you want to go?”
He shed so much that we named the balls of hair that collected around the house “Hoo-Cruxes.”  Harry Potter fans will know.

This summer when he began to limp persistently, the vet confirmed that he had a form of bone cancer.  We tried several weeks of treatment, but when it became obvious he was in constant pain, we decided to put him to sleep.

Never be ashamed to cry over a good dog.  This one was one of the best.