I received a call once from a man who wanted to buy my hay to feed his horses. I had more than I could use and was willing to sell it for not much more than it costs me to make it. He choked on the price. He didn’t understand my farm values.

“You probably can, but then it wouldn’t be my hay.”

“What’s so good about your hay?” he wondered.

“Ask the cows,” I said. They often prefer it to fresh grass. It contains vetch and orchard grass and clover and fescue.

“Well, hay is hay and I am not paying that for it., he said.

What I didn’t tell him was all the work, the expense of the minerals and soil amendments and everything else we do to make our hay a lot more than “just hay”. Selling my hay to him was too much work.

By the way, I gave away rolls of the same hay to another farmer who appreciated what was involved in making it. He will reciprocate one day with some tractor work or a new insight.

Your farmer needs to know that you value what he does and how he does it. You can buy commodities at the grocery store. Spend some time asking pointed question about the farm, the food and what it’s all about. 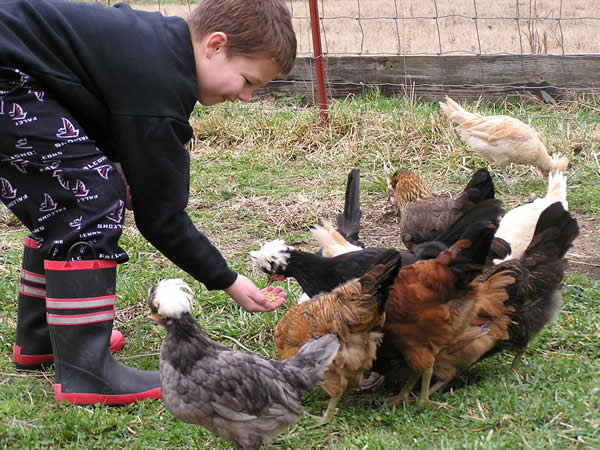 America is beginning to see the re-birth of local farming communities. They are hidden from view because if they become too visible, they will become the targets of the large agricultural conglomerates. If you have been fortunate enough to find a farm that provides you milk, cheese, eggs, butter, meats and vegetables, let them know how valuable they are to you and your family by treating them as peers.

Respect their time and labor. Compliment their efforts. Ask them to educate you about better ways to better foods.

Given the utter failure of modern American medicine to keep us healthy, it is now up to the farms to be our healers, using foremost, their food.