A Sad Goodbye to Carter 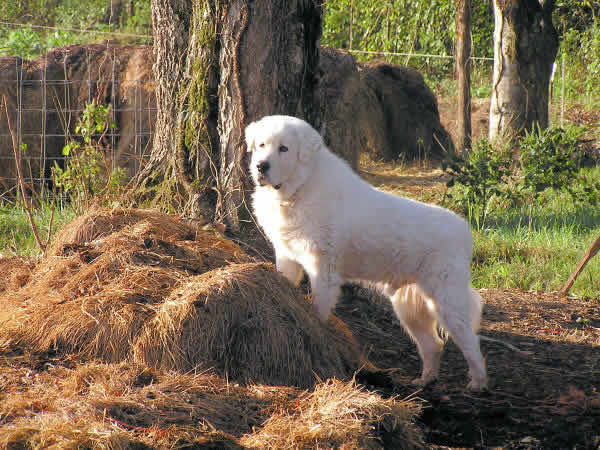 The Great Pyrenees is one of the best farm dogs available.
We got Carter 11 years ago when my friend at the Nature Conservancy asked whether we wanted “a great Pyrenees puppy.”  It turned out that the “puppy” was over a year old, but he was so gregarious that we kept him, despite the ehrlichiosis that the vet discovered.
Over the years Carter earned his keep by staying with the pregnant cows whenever they went into labor. 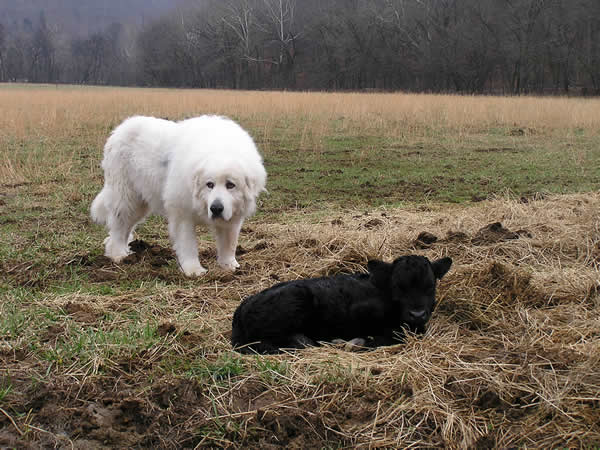 They didn’t appreciate it, but I did. We have never lost a calf to coyotes with Carter on the job.
Carter wandered the mountains of the farm with my grandson, Cole. For years Carter weighed more than Cole did, but he never threw his weight around. He stayed within “helping distance.”

They don’t need them. 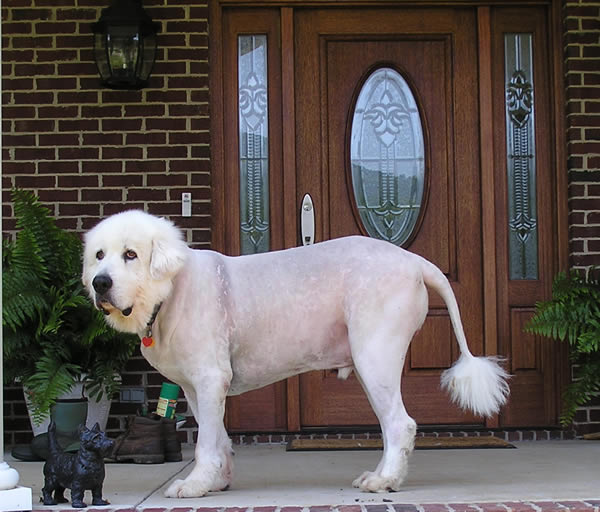 He was so embarrassed that he hid in the shower.

The worst thing we ever did to Carter was a well meant grooming.  It was a hot August and the drought was intense. We thought we would get him groomed.  The groomers found his coat so difficult to work with that they gave him a “lion’s cut.”

12 years is old for a Pyrenees.  During his last few years he slowed considerably.  He basically went from being a “guard dog” to a “guard at the shopping mall” dog.  He would sit on the porch and bark and walk the perimeter once a day.  But his poor eyesight and painful joints made working too difficult.

When it became obvious that his pain outweighed our pain in losing him, we took him to Dr. Williams for the last time.  We lost both of them that weekend.