The Government is owned by the Major Corporations 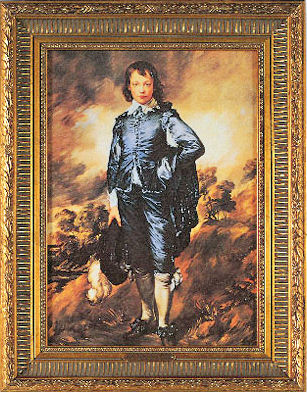 As a child I used to watch the Saturday propaganda reels that passed for entertainment. My favorites were the ones on industrial processes. I was always excited to learn “How they did that”, whatever it was.

One piece I vividly remember was how the public had been rescued from the “dirty food” people by the army of government inspectors. These fearless souls worked ceaselessly to insure that only the best foods made it to the table of the American consumer.

But somewhere along the way, the supervision process was subverted and replaced with one of arrogant cynicism.

What’s Wrong With The FDA and the USDA?

On some level the failure of the oversight process began with the tedious nature of repetitive food preparation. The government did not want to fund an army of inspectors and was open to letting the industry police itself.

But on a more cynical level, it continued when major corporations sought to control the people who inspected their products. Through political appointments, “revolving door” consulting and hiring, the corporations managed to place their people behind the desks of the government groups charged with regulating them. After that, every food short-cut that added to profitability became “the only safe way to do it.”

To compound the problem, they then became the major research donors to the land grant universities so that they had a ready made army of highly educated professionals who could find the benefit in whatever new product came to market.

Probably the most egregious example of this has been Monsanto. See http://www.saynotogmos.org/monsanto_1.htm for details. With their “round-up ready” soybeans, Genetically Modified Corns and dubious in-house research, they have forced upon the public a level of food that no one would have knowingly requested.

Sadly, such attitudes towards the public and the people who grow our food reflect those of the elitists of France prior to the revolution.

It’s difficult to know which entity to blame.  The FDA is supposed to oversee Food and Drugs.  The USDA oversees agriculture.  And yet neither can see fit to stop corporations from adulterating the food supply.  To make matters worse, they purposely place barriers to entry to small farm operations that would ordinarily serve local communities, forcing them to use milk cartels or buy seeds from monopolies such as Monsanto.

The FDA and the USDA have more impact on your life than you suspect. It is they who have regulated your opportunity to receive not only the medicines you need, but also the very food you eat.

Always presenting what they do as “what’s best for the consumer”, they have managed to drive the small community local dairies completely out of business, leaving us to the mercy of the large agricultural interests.

At the most fundamental level, this is an abrogation of your right to life. The quality of the life you enjoy has been taken from your local community and awarded to these multi-national interests.

Recently, Dean Foods was accused of cheating on the “Organic Standards” requirements for their cows. Their advertising would give one the impression that their cows grazed green pastures. Instead, they are fed in confinement lots. See How Horizon is Less Than Organic

For example, dairy farmers were once allowed to sell their fresh milk, cheese and other products directly from the farm. The consumer was his own best inspector. Now they are forced to sell through wholesalers who pay them less than the cost of production.

For an in-depth analysis of how this came to be read Charles Walter’s book “Unforgiven.”